One of Poland’s major publishing houses 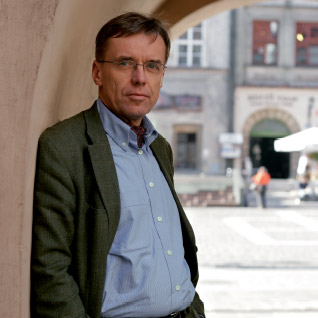 "It’s all down to people,
lots of wonderful people.
It’s impossible to name
everyone to whom Znak owes
its gratitude for what
it has been and is now."
Henryk Woźniakowski, President of Znak Publishing

"A Stable of Nobel prize-winners"

Społeczny Instytut Wydawniczy Znak (the “Znak Social Publishing Institute”) was founded in 1959 by people associated with the cultural weekly Tygodnik Powszechny and the monthly periodical Znak. Their aim was to preserve the work of the authors regularly appearing in these journals, and also – through translations of contemporary theologians and philosophers – to find new authors (including Thomas Merton, Karl Rahner and Joseph Ratzinger), and familiarize the Polish public with books that were not being issued by the state publishing houses. About 900 people responded to an appeal for donations, though they had no idea that by doing so they were contributing to the establishment of one of Poland’s greatest, most interesting and creative publishing houses.

Znak’s first home was in a small, cluttered room at 12 Wiślna Street, on the floor above the Tygodnik Powszechny editorial office. On occasion the following people sat at one table together: Jerzy Turowicz, Jacek Woźniakowski, Father Józef Tischner, Gustaw Herling-Grudziński and Czesław Miłosz. Apparently Zbigniew Herbert sometimes slept on the sofa there. This was at a time when the censors were obstructing the work, hampering the publishing house’s development, and yet eager readers formed long queues to buy books by Antoni Gołubiew, Karol Wojtyła, Władysław Bartoszewski, Czesław Miłosz and Leszek Kołakowski.

"Znak, only Znak, gives the world its charm and life its smack…" Bronisław Maj

After 1989 Znak began to develop rapidly and dynamically. The company moved to a historic building called Łowczy Mansion and expanded its range of publications. Its top authors were joined by the historian Norman Davies, the poet Seamus Heaney, who would later win the Nobel Prize for Literature, and other émigré writers not represented by the official publishers, such as Jerzy Stempowski, Stanisław Vincenz or Józef Czapski . By the turn of the century, Znak was publishing more than 100 new books per annum and was frequently being dubbed “the stable of Nobel prize-winners”. Alongside Czesław Miłosz and Wisława Szymborska, its writers include: Joseph Brodsky, J.M. Coetzee, Mario Vargas Llosa, Derek Walcott, W. H. Auden and Samuel Beckett .

"The Scandinavian mist conceals
a brazenly naked fact:
You’ll get the Nobel prize, my friend,
if your publisher is Znak."
Stanisław Barańczak "Hymn to Znak"

Znak’s committed team successfully launch literary careers and initiate public debate, while continuing to publish and promote bestselling books, such as fiction by Wiesław Myśliwski, Zadie Smith, Eduardo Mendoza and Marek Krajewski, and works of reportage by Wojciech Jagielski. Our authors also include Anna Ficner-Ogonowska, Emily Giffin, Richard Paul Evans, Sara Shepard and many others. In confidence we can add that we have also signed contracts with a future Pope and with another Nobel prize-winner. Miesięcznik Znak, the monthly periodical, keeps its finger on the pulse of contemporary culture, devoting special issues to themes of topical interest. Znak’s greatest assets are creativity, diversity and courage.

Thanks to these special qualities, Znak publishes a wide assortment of books, covering a variety of genres aimed at every kind of reader. To broaden its range, Znak has founded an imprint called Wydawnictwo Otwarte (“Open Publishing”), which issues popular literature, and the Woblink platform providing e-books. Its community service, lubimyczytac.pl, offers recommendations tailored to the individual reader’s taste, allows him or her to find people with similar literary preferences, to read and write reviews, evaluate books and find information about the authors.

Krakow is the only place where this could possibly happen! Wisława Szymborska

Znak is not limited to publishing alone – as well as being a publishing house, it also provides an environment for culture to flourish, by offering a wide variety of events and meetings for its authors, readers and friends. In this context it has established the Znak Foundation for Christian Culture, which acts as a forum for dialogue between culture and religion, the “Znaczy się” Foundation for New Art, and the Father Józef Tischner European Academy. Znak has also initiated some special literary events in a series called "Meet the Masters"" (preceded by the activities of Znak’s "Flying University"), and jointly organises annual festivals to commemorate the work of Józef Tischner and Czesław Miłosz. In addition, it is probably the only publishing house in the world that regularly stages fabulous cabaret shows by drawing on its authors’ and employees’ hidden talents.

By breaking through the waves… 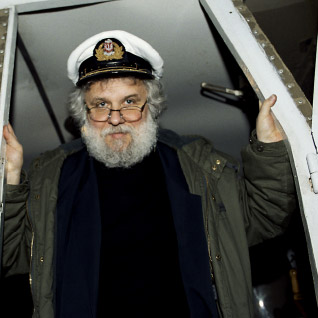 "Once upon a time Znak was a nippy little plane, easy to control as it looped the loop, performed the barrel-roll, the spiral dive and other aerobatics – whereas nowadays I feel as if I’m sitting in the cockpit of a jumbo jet, facing an alarming quantity of clocks, dials and monitors. Getting this giant into the air and ensuring it maintains the right turnover demands a pretty major effort. Luckily the controls are in the hands of a team of seasoned pilots, and our crew is highly skilled, able to take off and land in the most difficult conditions." Jerzy Illg, Editor-in-Chief of Znak Publishing.

Since it first began, Znak has been expanding its range of readers, meeting the needs of beauty, knowledge and entertainment, and thus fulfilling its mission to “discover and propagate new intellectual and artistic means of expression of individual values”. It successfully combines tradition and modernity, as well as business sense and a worthwhile, ambitious list. The Znak trademark has its readers’ trust, and is a guarantee of quality and editorial excellence.

Being a modern publishing house, we have been reaching – for over 5 decades – an ever wider reading audience with books that are outstanding, revealing, and cater for people’s cognitive, religious, aesthetic, and entertaining needs. We create a space for discussion and presentation of thinking that is important, often difficult for humans living in a world of conflicting values. In our choices, we are guided by responsibility, while respecting the traditions and the roots which define us. Znak is not just a publishing house, but also the people, who co-create culture with their everyday commitment, relying on a professionally organised and friendly working environment.

We wish to reach anyone in search of knowledge, entertainment, and profound experience. Our mission is to understand the needs of our readers and offer them texts which satisfy their expectations in an honest and professional way, without offending their dignity and good taste.

We wish to co-develop a space for dialogue between Christianity and modern culture, by invoking our tradition and identity, as rooted in the writings of Józef Tischner, Czesław Miłosz, Karol Wojtyła and the Founding Fathers of Znak. Today, we have enriched the tradition with names of distinguished authors of fiction, non-fiction, and historical literature. In parallel, we are dynamically expanding our offer of popular books, offering our readers high-quality entertainment and an opportunity to participate in international events.

We also wish to contribute to the development of reading by encouraging young people to read. It is for them that we prepare modern editions of classic literature, in addition to popular titles, which develop their imagination and aesthetic sensitivity.

Our role is to guide readers so that they can tell beauty from kitsch, truth from delusion, ordered knowledge from information noise, entertainment from vulgarity. Consequently, we do not publish contents which are merely intended to stun the reader with nihilism, violence, sex, and to provoke them or appeal to their low instincts.

Znak is a place where the values we have developed since our establishment drive our strong commitment to seeking new thematic areas, innovative solutions, and modern forms of expression. Znak means also the communities associated with our foundations and Znak monthly. Our most reliable values are our readers’ trust and the team spirit of all our staff, who keep building our brand in a synergic way, while respecting the history of Znak and the people who have created it.

As part of Znak’s development and continued expansion of its list, in 2010 the Board of Directors established three new imprints: Znak, Znak Literanova and Znak Emotikon. In 2014 Znak Horyzont came into being. All these initiatives form a group that has grown into one of Poland’s biggest and most prestigious publishing houses.